Jiffy Lube®, amongst an array of companies in the Shell® group of companies, is a five-decade-old brand that globally has over 2,000 locations that serve over 24 million consumers annually.

Across the Province of Ontario, Canada, 60 Jiffy Lube® locations are owned and operated between two companies. Seven years ago, back in 2013, these two companies turned to tbk, a 40-time international award-winning marketing and software company, to help the brand voyage into—what was at the time—a newer terrain for Jiffy Lube®.

Over the past seven years, Jiffy Lube® Ontario and tbk have been kindred spirits. Jiffy Lube® Ontario, starting with little online activities in 2013, has since achieved overall increases in customers, sales, Organic Search traffic, positive Return-on-Ad-Spend from digital advertising, and more. These achievements have further been recognized by international awards competitions. At the Web Marketing Association’s (Boston, MA) 2017 Internet Advertising Competition the groups received Outstanding Retail Integrated Ad Campaign and this was then followed up with a Best Retail Integrated Ad Campaign at the same competition in 2018.

In the 2019 digital strategy, the groups would square in on maintaining high and positive brand awareness for Jiffy Lube®, and second, imbue a high quantity of service coupons to be downloaded from their website. A reasonable percentage of these downloaded coupons subsequently are redeemed at Jiffy Lube® Ontario locations, generating repeat and new customers. Tactically the main focuses were:

The website, built by tbk in 2014 on WordPress, the world’s most popular content management system, was adroit for its time. As part of this build tbk custom-designed over 20x high-fidelity artwork files (i.e., custom . PSD files), we developed a simple to use store finder that was responsive no matter the screen size, avant-garde left-sided menu navigation controlled via a hamburger menu, and a multisite installation allowing the individual stores to control content (e.g., news, hours of operation, promotions, etc.) on their respective areas of the website.

In 2019—a full five years after its launch—the website continued to stand proudly in modern design, performance, and functionality due to an uncompromising process of our groups performing quarterly updates. 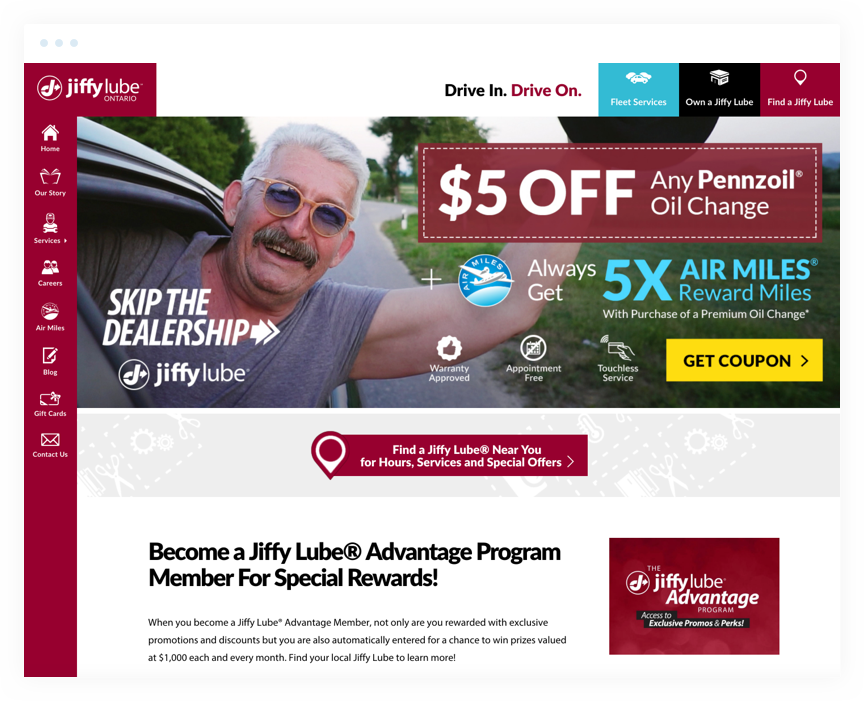 Above is a screenshot of Jiffylubeontario.com, built in 2014, which is still very modern in design today.

The predominant conversion point that we target with almost all of Jiffy Lube’s digital marketing programs is coupon downloads. This is when a user visits a landing page we’ve created and downloads or prints coupons. Statistically, a high percentage of users will take these coupons into a local Jiffy Lube®, activating a sale.

In selecting the ad products we would use, we based our decisions on a three-stratum buyer’s journey:

Using ad products provided by YouTube, Facebook, Instagram, Google and more, we focus on producing noticeable design, pithy statements, and being relentless about improving the campaign’s performance based on data. And it shows: In 2019 digital advertising produced tens of thousands of coupon downloads and incredibly reasonable cost (known as Cost Per Acquisition or CPA) with a primary landing page architecture that converted at over 50%. 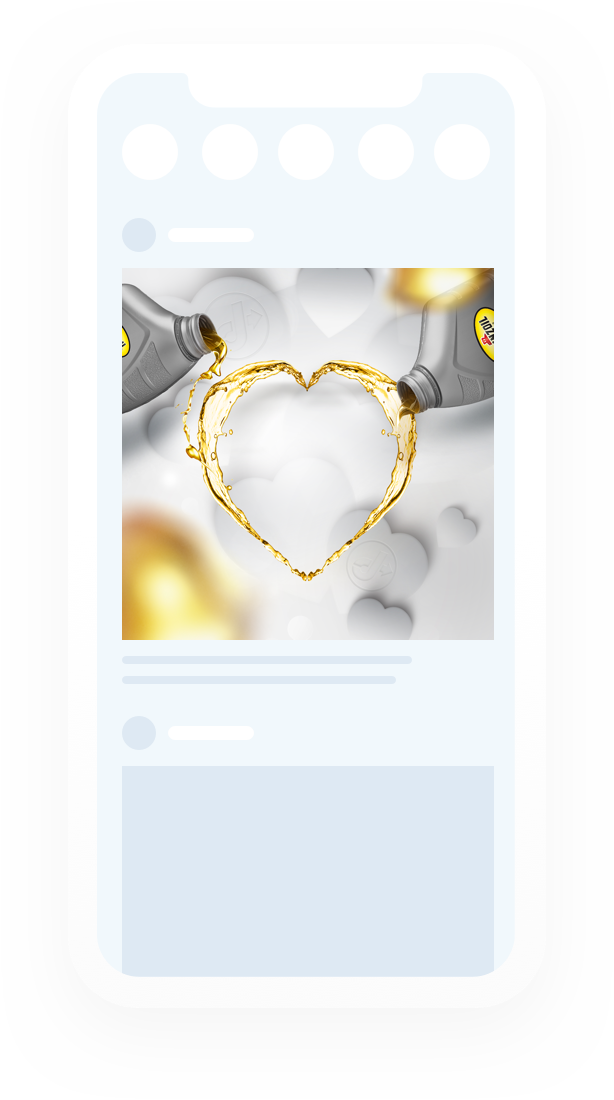 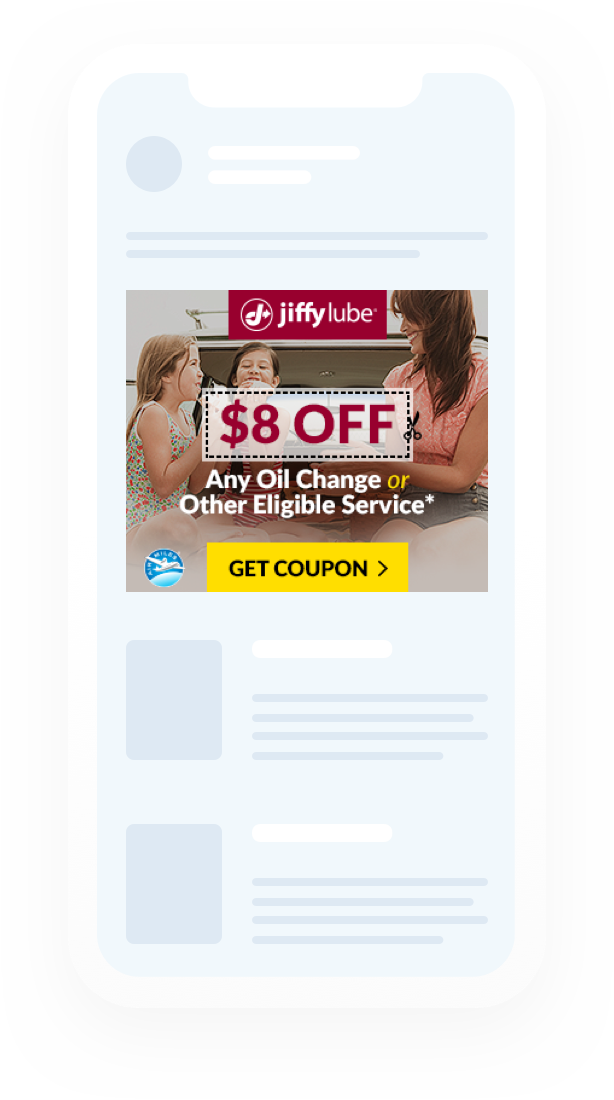 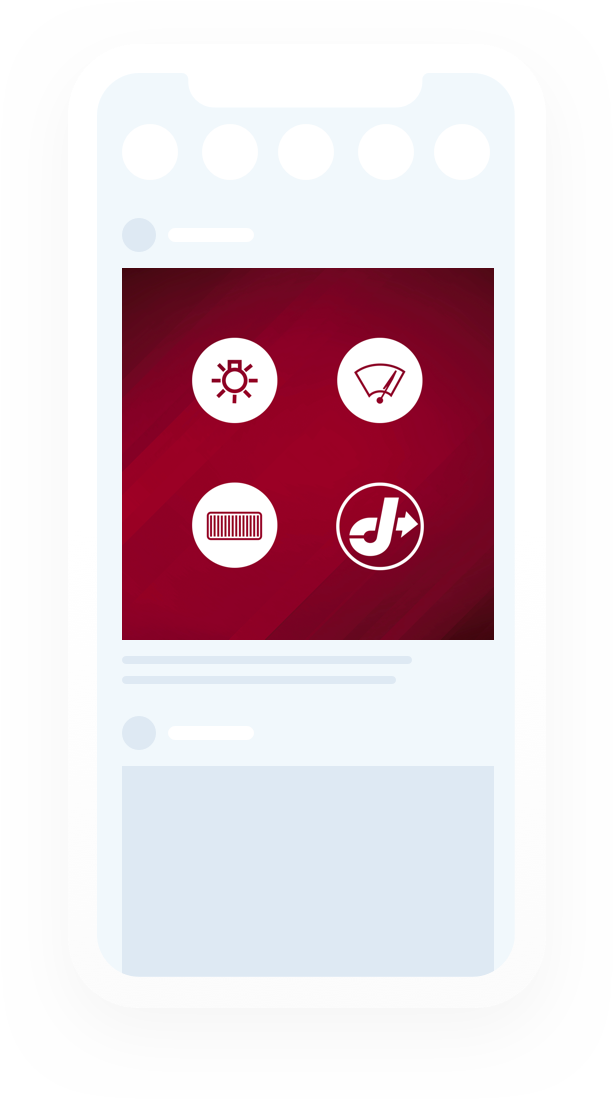 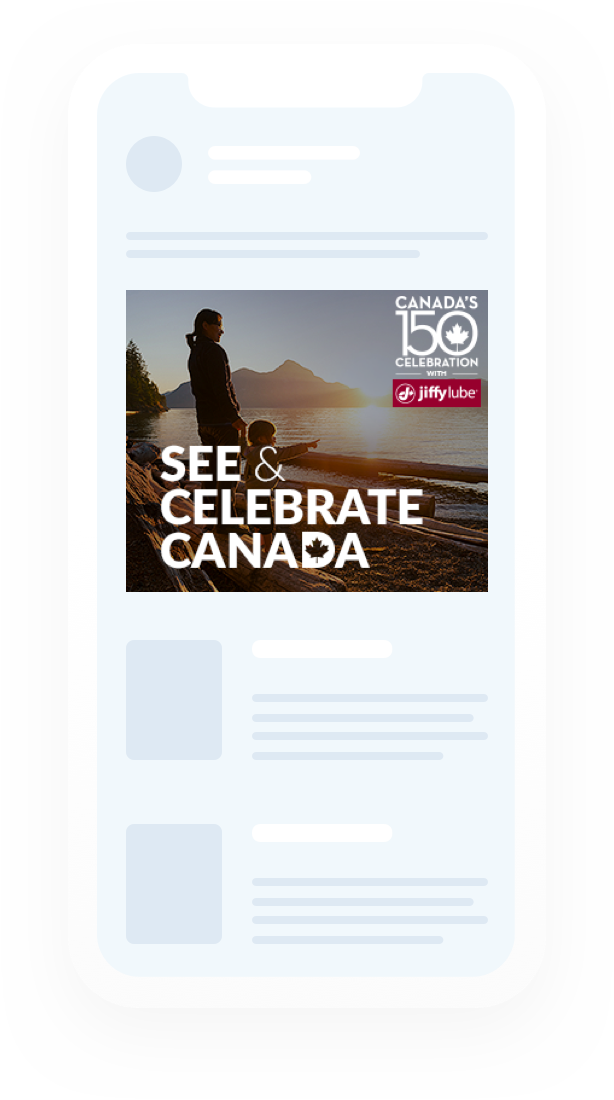 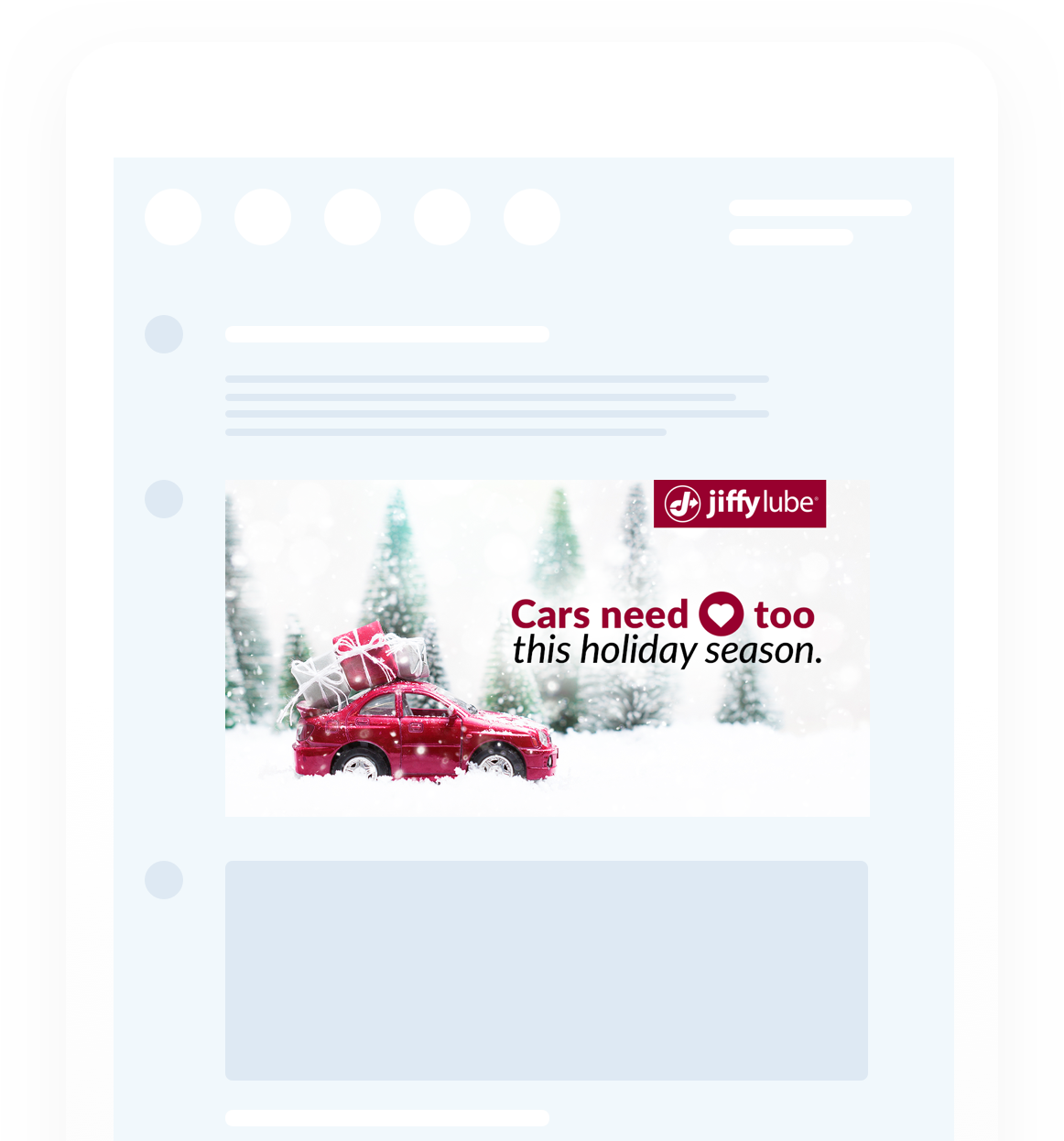 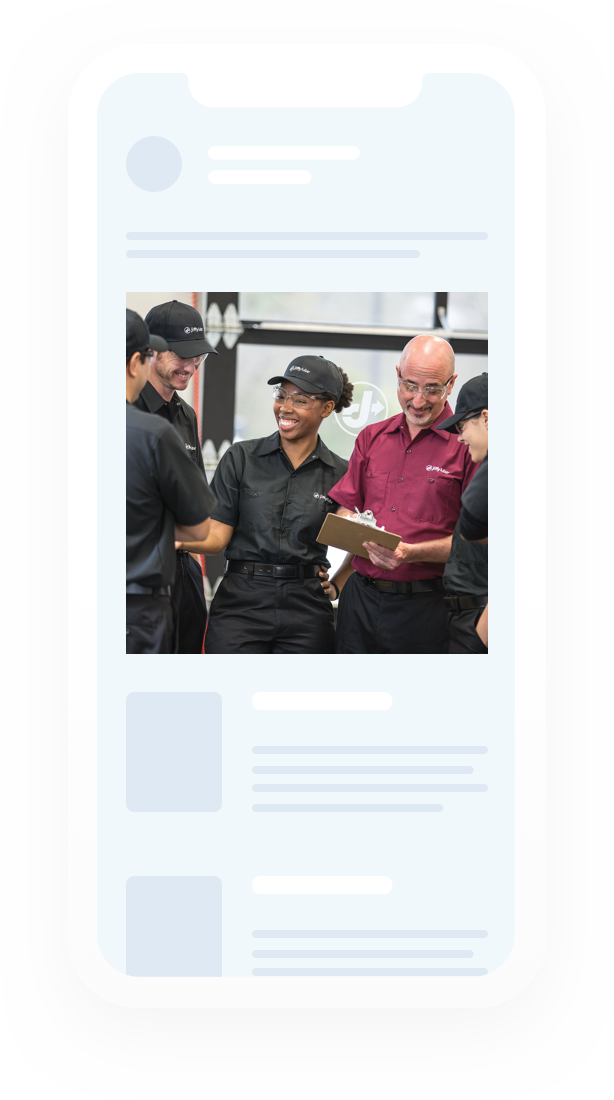 Email marketing has and continues to serve Jiffy Lube® Ontario well. Via stunning—and sometimes animated—email creative, we consistently exceed industry statistical benchmarks. For instance, in 2019, the email marketing program had an Open Rate of 29.6% (according to MailChimp the retail industry’s benchmark is 18.4%) and a Click Through Rate of 11.7% (again, according to MailChimp, the sector’s benchmark is 2.3%).

In 2013, Jiffylubeontario.com was not only a new website but was a newer domain (that is, less than two years old when we built the website). Through a consistent SEO program that has included blog article writing, Google My Business (GMB) management and Onsite and Offsite SEO, the domain has shown an increase of over 50,000% in visitors over the last seven years. 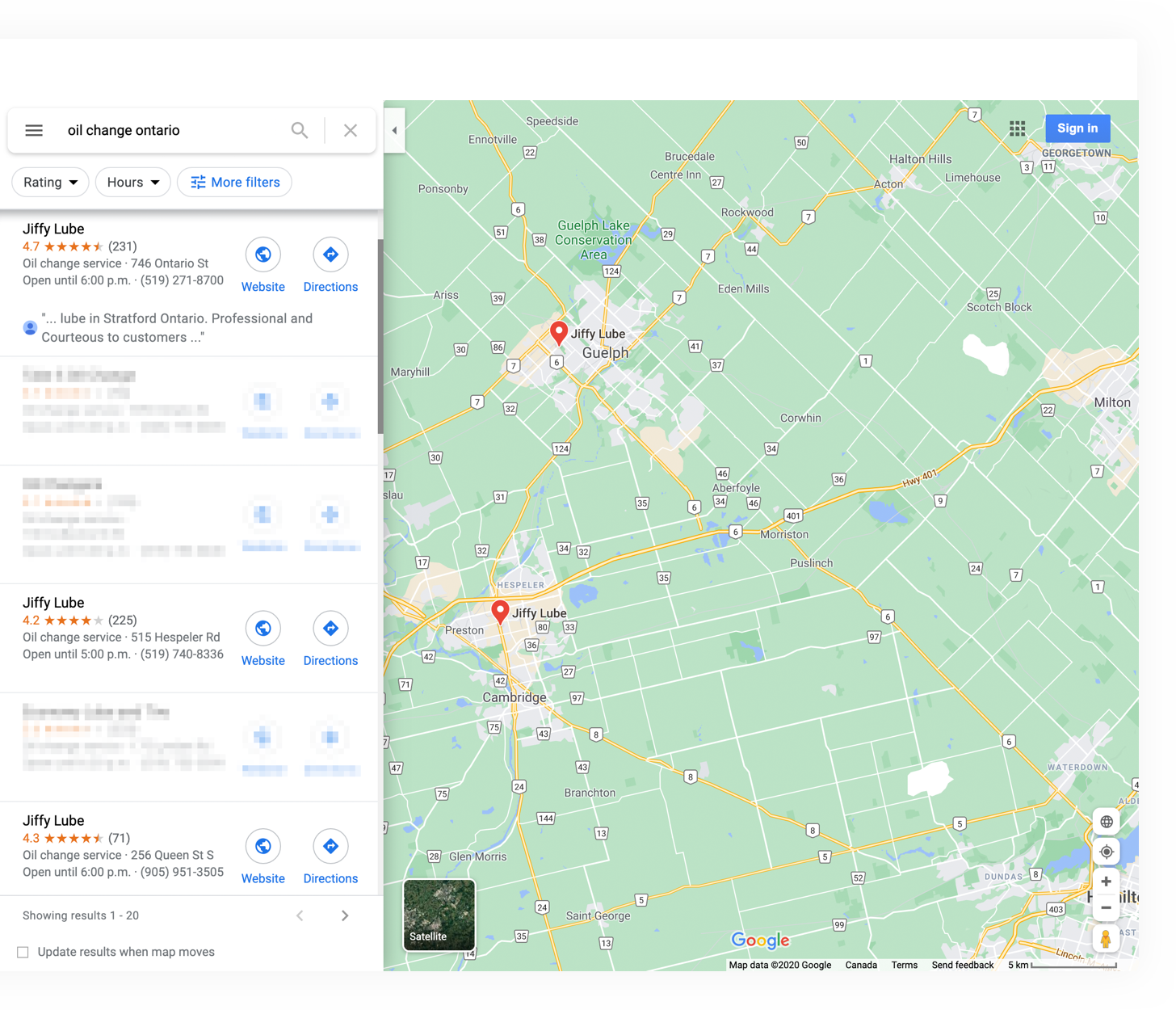 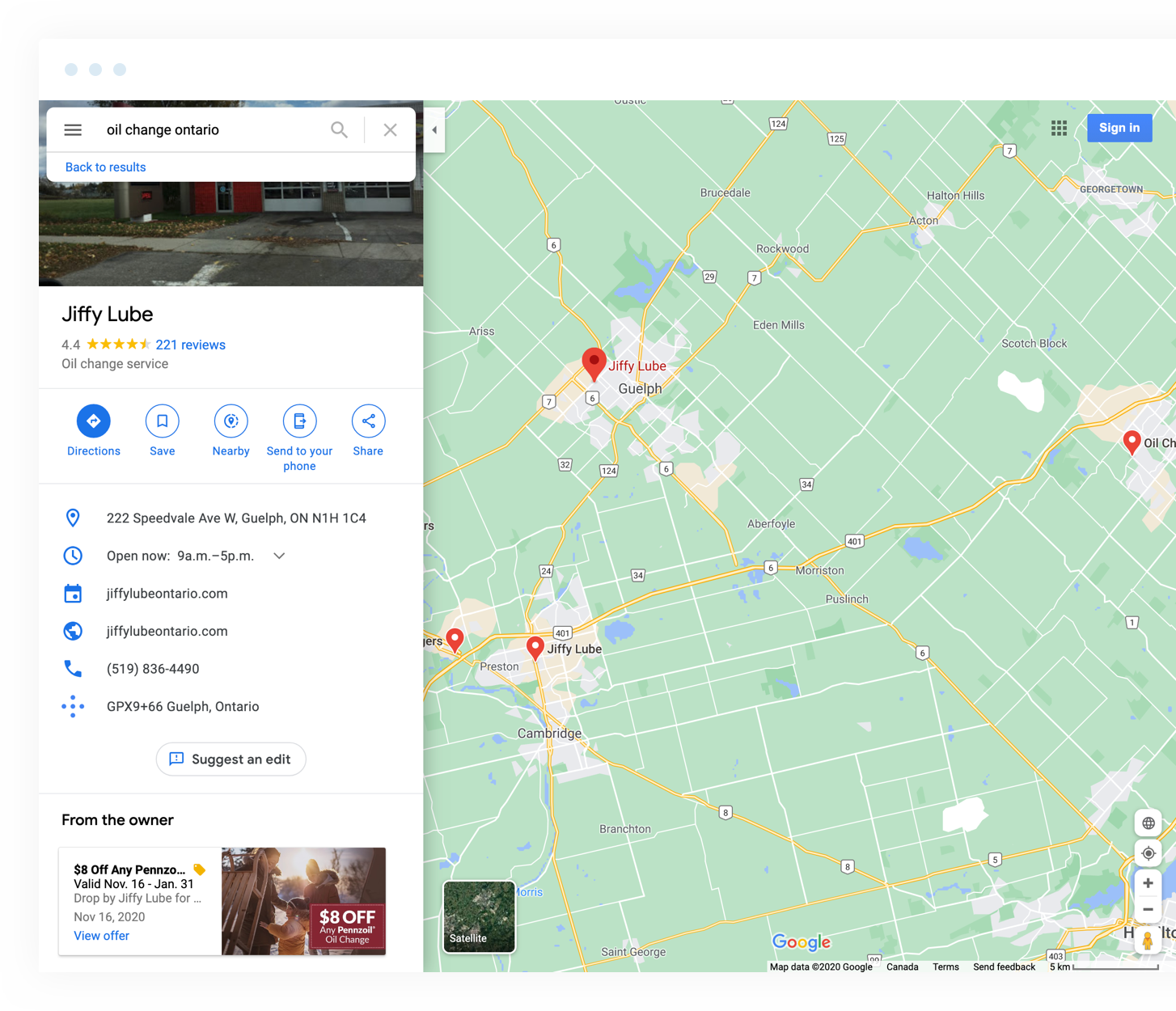 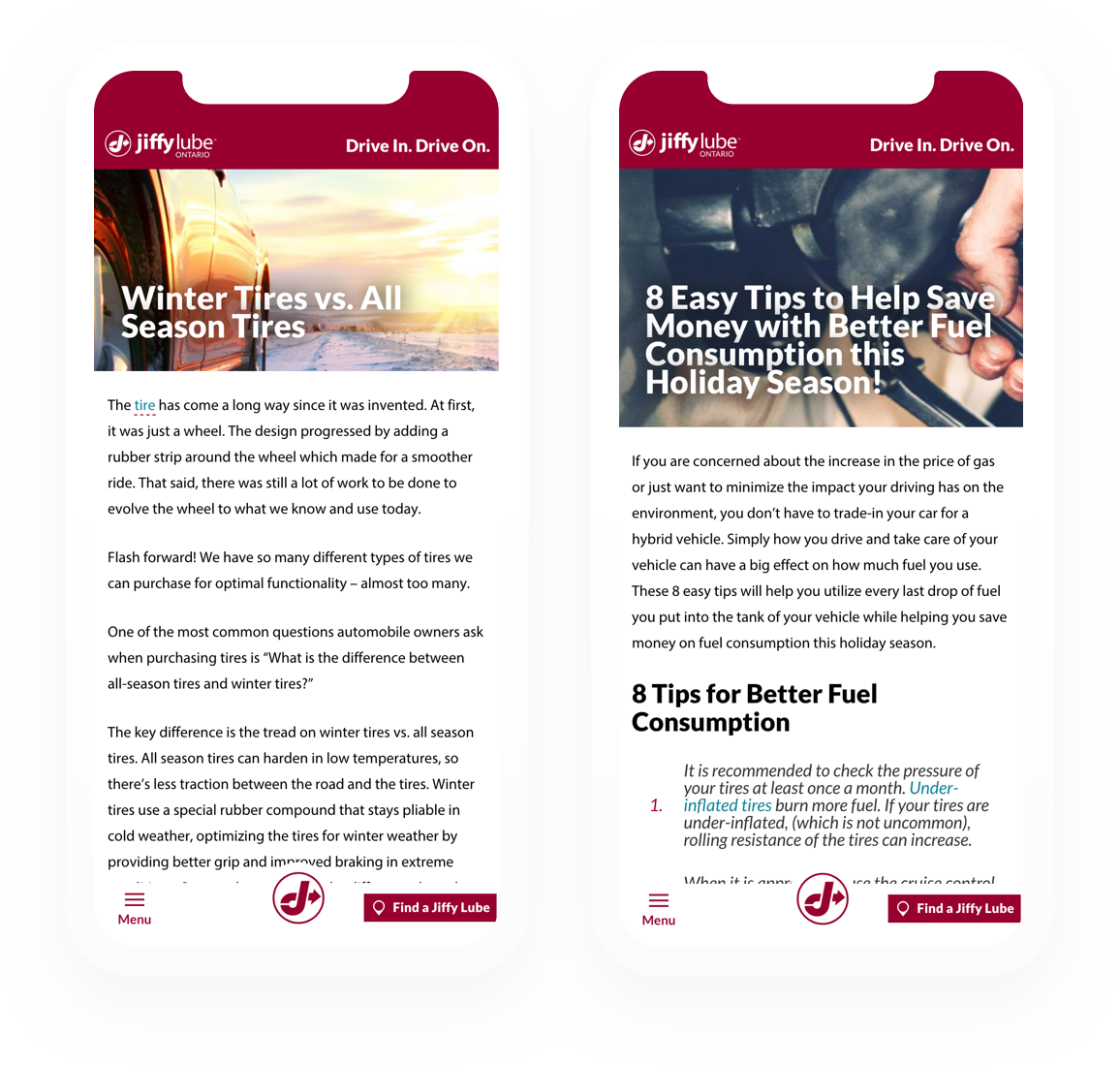 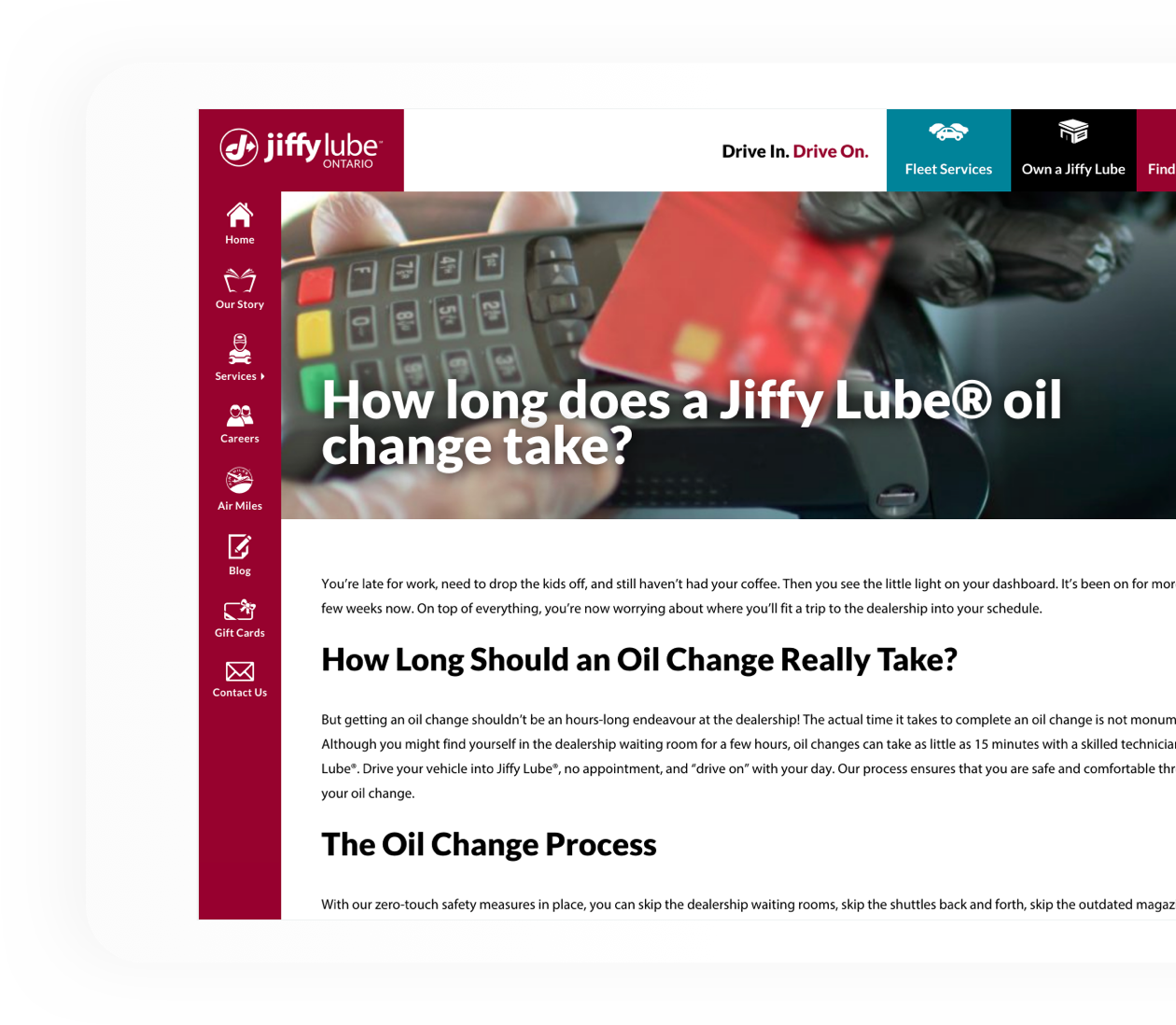 Starting with very little online activity in the Ontario marketplace in 2013, Jiffy Lube® Ontario’s online activity since then has ascended to match the strength of its nearly 50-year-old brand. We congratulate Jiffy Lube® on this success and thank all the customers out there that routinely trust a Jiffy Lube® for their oil change needs.

As their brand’s saying goes—a statement tbk created for Jiffy Lube in 2014—Drive In. Drive On.

This Client Retention statistic is based on the number of active clients at tbk in 2020 who commenced their services in 2018-2019.
tbk helped us map out the strategy, vision and objectives for our project.

It’s not just about a website, although we wanted a website that was modern, responsive and would work on the multiple devices that consumers use to find our company. tbk helped us map out the strategy, vision and objectives of our project. Our website, as they described, was the ‘wheel’ and the digital tactics that would be used to connect to consumers are the ‘spokes,’ which simplified our focus and gave us confidence that our online presence would be what we were looking for.